The Shamming of Diversity

Over time, corporate efforts at diversity have become far less about building up the dynamics of individuality and naturally fostering the full contributions of all, regardless of how different or similar they might be, and far more about promoting a cover for affirmative action.

About two years ago, a friend who reportedly knows my work introduced me to an acquaintance of his as “the first to set forth diversity as a framework under which we could do what used to be called affirmative action.” Since that was never my intent or my understanding of my work, I was shocked by his introduction.

Recently, I shared this experience with an individual who knows the friend who erroneously introduced me and, in relaying the story, I expressed my surprise and dismay at what he had said. This individual, a close friend and fraternity brother, was amazed that I had been surprised. “Ro, it is true,” he said. “That’s just the way it is. Get over it.”

Since I have devoted more than 25 years to advocating managing diversity, my friend’s admonishment to “get over it” made me uncomfortable — to put it mildly.

I was even more uncomfortable when reading the recent Russell Sage Foundation research report, Documenting Desegregation: Racial and Gender Segregation in Private-Sector Employment since the Civil Rights Act. The authors, Kevin Stainback and Donald Tomaskovic-Devey, made the disturbing assertion that “equal opportunity becomes diversity management.” The report claims that, in 1980, personnel managers rebranded themselves and their mission as diversity management. Affirmative action was no longer a legitimate rhetorical description for promoting equal opportunity. The new argument was that diversity was good for companies. “Equal opportunity” officers became “diversity” officers. As such, diversity became a semantic cover for affirmative action. This would — and, indeed, has — set the stage for the shamming of diversity.

Webster defines sham in part as “an ornamental covering for a pillow.” Other definitions are less benign. However, this pillow-covering idea is probably the most relevant when contemplating the shamming of diversity.

Why sham? How did shamming come about? I think, for our purposes, it can be traced to three factors: the justification syndrome, cognitive dissonance and perceptions of unfinished social-justice business.

The justification syndrome refers to the perceived need to promote social justice/affirmative action/equal opportunity efforts by citing diversity as a potential benefit. The hope here, when it emerged, was to overcome the declining political acceptance of affirmative action. Over time, however, affirmative action and diversity became intertwined, so much so that the two have become minimized as separate entities.

In addition, the prevailing mind-set about race in the late ’80s and ’90s, when managing diversity was introduced, was that “racial work” involved addressing the injustices associated with slavery and discrimination. As a result, efforts to position managing diversity as different from, but complementary to, traditional racial advancements became a tough sell. Because the difference between managing diversity and affirmative action/social justice was so dramatic, it created cognitive dissonance for social-justice advocates. One way to relieve this tension was to equate the two, to make them the same. The impact over time has been to minimize the distinction and contribute to diversity being a cover for affirmative action.

A third impediment to the acceptance of managing diversity was that many activists believed unfinished business existed with respect to social-justice issues. They feared that the embracing of managing diversity would divert attention from the “real issues.” By seizing every opportunity to highlight the similarities between the two approaches, they hoped to avoid the sidetracking of their “real agenda.”

A wide variety of individuals have participated in the sham. Earliest among them were the initial affirmative-action officers. Many had either participated in the civil-rights movement or identified with its leaders and mission. Their foremost commitment was to have their organizations “do the right thing.”

In addition, chief human resource officers and chief executive officers who were contemporaries of the early affirmative-action pioneers participated in the sham. None wanted to be perceived as unwilling to “do the right thing.”

Pioneering external affirmative-action consultants have participated as well. Like internal decision makers, they eventually came to use managing diversity as a cover for affirmative-action/social-justice efforts.

New, non-white-male rank-and-file workforce entrants in the late ’70s and ’80s took part as well, typically because they believed that this was a necessity. Without affirmative-action progress, they feared that their personal upward mobility would be compromised.

Of special note are pioneering diversity consultants and chief diversity officers. I fear that we have not always been as forceful or bold as possible, and that we may have been intimidated by the resistance we encountered. If so, we also have shammed.

Also worth noting is the fact that the very practice of shamming has had its benefits. Effectiveness with managing workforce representation and managing workforce relationships can generate significant progress in terms of creating a diverse, harmonious workforce. Without managing true diversity beyond quotas and skin colors, corporations can still generate high internal morale, good public relations and multiple awards for their “progress.”

So why change? This is a fair question. Given the potential and real benefits from shamming, what is the motivation for stopping? For me, the principal reason is that shamming minimizes recognition of managing diversity as a separate alternative with its own potential.

This matters because sustainable progress cannot be achieved without employing all three strategies. Using only two of the approaches and ignoring managing diversity is like trying to sit on a two-legged stool. Very difficult to do.

It also matters because a diverse workforce in an environment built for a homogenous workforce is unlikely to reach its full potential. Shammers spend a lot of money and effort “Band-Aiding” their environments to “accommodate” “diverse” individuals. An accommodating environment for a diverse workforce is less effective than one designed specifically for naturally fostering the full contributions of all, regardless of how different or similar they might be. Creating the latter environment is the principal objective of managing diversity.

A final reason for change is that it is questionable how much progress actually has been made in “desegregating” the workforce since the civil rights movement of the ’60s. The Russell Sage report cited earlier contends that, since 1980, desegregation gains have been miniscule.

The question becomes: Why have more than 30 years of “diversity” efforts made so little difference? The answer, I submit, can be found largely in the practice of shamming.

Six Steps to Move Beyond Shamming

Moving beyond shamming does not necessarily mean stopping something you are doing, but rather differentiating between managing workforce representation and managing workforce relationships, and then diversity. I am talking about adding to the benefits currently being realized. Six steps are critical for making this happen.

Step 1: Determine If You Are Shamming

Another sign is placing a priority on achieving high rankings on “best practices” lists. Most of these lists portray traditional affirmative-action activities as “diversity” interventions. Indeed, many represent good examples of shamming.

In addition to looking for signs, you may also choose to ascertain how costly shamming is to your organization, and then conduct a cost-benefit analysis to make certain that change would be beneficial. Care should be taken to consider non-financial and qualitative costs and benefits, as well as those that are financial and quantitative. (Diversity and benefits consultants can help with this.)

It’s important, also, to avoid a frequent error — finding that change is justified yet failing to adopt and operationalize a comprehensive, cohesive set of managing-diversity concepts, principles and decision-making frameworks. One such set can be found in my most recent book, World Class Diversity Management: A Strategic Approach.

Once you are clear on where you want to go, you’ll then want to develop separate and distinct strategies for managing workforce representation, managing workforce relationships and managing diverse talent. Take care to monitor and minimize the overlapping and intermingling of the three approaches to ensure that your organization realizes the full benefits of each strategy.

What would constitute an across-the-board action plan to eliminate shamming? You might begin by determining what the dominant personal diversity paradigm is in your company. This is critical because that dominant mindset reflects the readiness of your organization to take corrective action. Where necessary, CHROs and CDOs might have to bring about a collective mind-set shift that is supportive of all three workforce diversity strategies.

As senior managers explore their mind-sets and alternatives, they also recognize what options exist beyond affirmative action, social justice and equal employment opportunity. One CDO reported that, after helping his senior executives identify their personal diversity paradigms, they were surprised by and excited about opportunities to complement their status quo.

Another step might be an educational intervention to clarify the distinctions among the three core strategies. One such experience might present several scenarios and ask that participants indicate the strategy represented by each.

With this clarity, strategic-diversity planning can then be conducted within the context of the three strategies. Key here would be a willingness to return and reject faulty plans.

For example, when one major corporation’s diversity council received a division’s “diversity” plan that really was an affirmative action strategy, it returned the document and requested a “real” diversity plan. This was a teachable moment for the division.

Finally, senior leaders must not only walk the talk, but also talk the talk. CHROs and CDOs also can use the three-prong diversity plan to coordinate efforts across their organizations. Senior leaders must be precise about which of the core strategies they have in mind when speaking of “diversity.”

Be bold! Be courageous! And remember to reassure management and employees that minimizing shamming does not require executives and organizations to stop anything they are doing — except shamming.

At the center of any effort to move beyond shamming, one question constantly must be kept in mind: What makes our current diversity plan different from what was done or could have been done under the banner of affirmative action/social justice in the ’60s and ’70s?

If you cannot be clear and specific about these differences, you probably are still shamming. This question is the litmus test.

If you would like to learn more about “The Shamming of Diversity” or other diversity management topics, please contact us at info@sdms360.com or call at 404.594.3399. 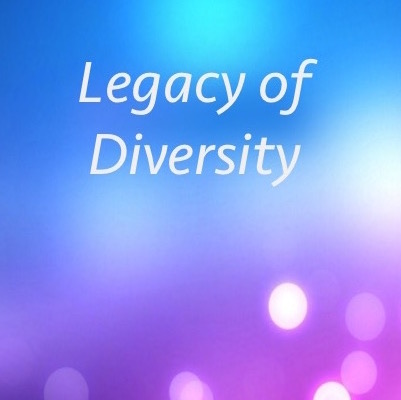