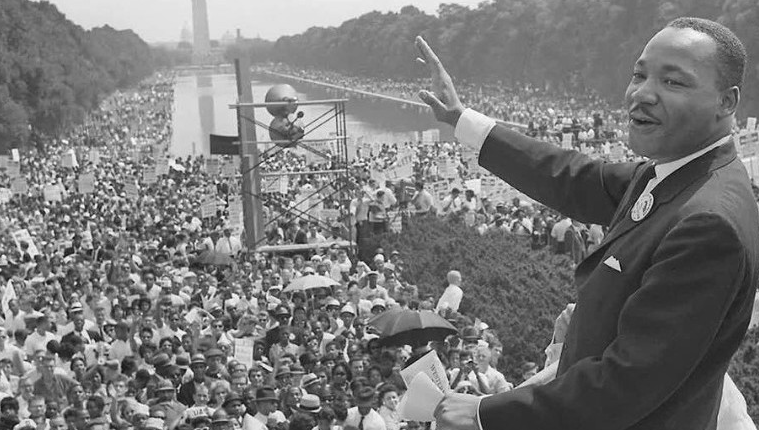 I was a Yankee baby, born in Framingham Union Hospital in Massachusetts. But I was raised a Georgia Peach! So I remember marching in the first parade celebrating the MLK holiday; making arts and crafts to commemorate the occasion; traveling up and down MLK to get to piano lessons or my grandmother’s place. But after those days of my youth, I went to Boston for college and remained there 21 years, after which I returned to Atlanta. However, in the 5 years since my relocation, I’ve not given any serious thought to the rich history of the city, much less revisited it.

That’s where I thank God for my sister Terri Tendai who has reconnected me this rich inheritance I have in Atlanta. She visited from Kenya and was – and remains – eager to learn about the history of the US given its role in the world as the dominant culture (the society from which the rest of the world derives its patterns; take a look at how the world dresses, sings and dances for examples). Presented with an opportunity to visit the Black Mecca of the South (my words, not hers!) we were sightseeing from the minute she landed in the city.

I won’t go into the details our excursions, but for someone who rarely travels off my beaten path, I think I did a good job showing her around:

The Eternal Flame of Personal Commitment

Whew! That was a mouthful.

I will, however, share one picture that greatly spoke to me during our excursions: the Eternal Flame at the MLK Center. 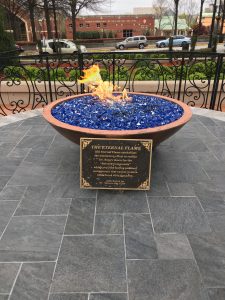 The Eternal Flame symbolizes the continuing effort to realize

when faced with obstacles.” (emphasis mine).

In all the talk about race relations, violence in our cities at the hands of the police and each other, and all the other ailments that plague our society, I feel that the importance of “personal commitment” is often minimized or overlooked.

However, it seems that this theme was so vital to the Kings and their life work that a similar sentiment is inscribed elsewhere on the site and attributed to Coretta Scott King: 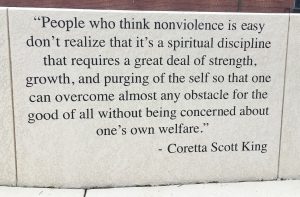 “People who think nonviolence is easy don’t realize that it’s a spiritual discipline that requires a great deal of strength, growth, and purging of the self so that one can overcome almost any obstacle for the good of all without being concerned about one’s own welfare.”

“Spiritual discipline,” “growth,” and “purging of the self” all stand out to me.

And then can we dare to allow God to redefine those inaccuracies? To remold our thinking? To restructure our very beings so that we aren’t the same, and therefore don’t “BE” and “DO” in the same old tired and ineffective way?

That’s what I’ve spent the last few days doing: taking a hard look at myself through the lens of God’s standards. I’ve discovered some great things to celebrate. And I’ve had to acknowledge the not-so-great things about myself that are less than stellar. I had to decide whether to embrace the old me and stay the same – or turn toward a new direction and learn new patterns.

Is it easy? No. Like Mrs. King said, such change speaks to a “spiritual discipline that requires a great deal of strength, growth and purging of the self.” And I would add honesty and transparency with yourself and God. But it is so worth it.

Even if no one else ever knows about my internal restructuring, I am already seeing fruit from the new positions I’ve taken. Has it changed the world yet? Has it even changed my home yet? Let’s just say “work in progress.” I’ve tripped over my own feet several times already, but I’m embracing grace and getting back up to continue learning to walk on this unbeaten path.

Play the Game? Or Be Transformed?

Without such processes of self-examination, self-awareness and personal change, we will continue to play at the game of transforming the world.

So – when the latest study comes out, when there’s another shooting at work or school and everyone wants to pray, when we’ve completed the latest “how to become aware” training – and we want to lament how little has changed since MLK’s assassination – we each should ask ourselves: How have I been transformed today that I might then go out and transform my world? 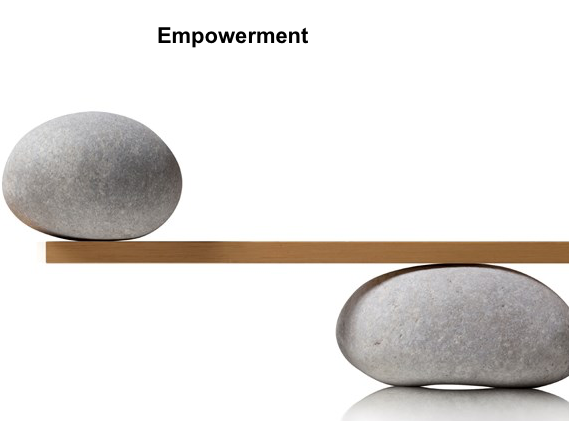 Everyone Should Be A Diversity Practitioner