Earlier this month, Apple’s Vice President of Inclusion and Diversity, Denise Young Smith, offended many by her words at the One Young World Summit in Bogotá, Colombia. When asked if black women were a priority for her in her new role, Smith responded (partial response below):

“Aamna, you also asked me about my work at Apple, or in particular, who do I focus on? I focus on everyone. Diversity is the human experience. I get a little bit frustrated when diversity or the term diversity is tagged to the people of color or the women or the LGBT or whatever because that means they’re carrying that around…because that means that we are carrying that around on our foreheads.

And I’ve often told people a story – there can be 12 white blue-eyed blonde men in a room and they are going to be diverse too because they’re going to bring a different life experience and life perspective to the conversation.”

You can read more of the dialogue here.  Needless to say, people were upset. One author wrote an editorial identifying 12 reasons why “twelve white, blue-eyed, blonde men is actually an embarrassing display of diversity.” One twitter user said she was going to laugh when “Apple drops Denise Young Smith the way Fox dropped Stacy Dash.”

Smith supporters were vocal as well. One tweeted, ”Apple’s diversity VP forced to apologize for saying something truthful.” And another agreed with Smith saying “it’s not about Race, Gender, or being part of LGBTQIA+, it’s about life experience that brings true diversity.”

These are just 4 individual opinions on what diversity is and is not. If 4 people cannot agree on what diversity is, then imagine the challenge to find common ground in an organization of 1,000. Or 100,000. Or in a country of over 300 million people.

Clearly everyone holds a different understanding of “diversity.” So when it comes to this topic, how do organizations both harness diversity’s advantages and address its challenges so that they can move forward as a body with oneness of purpose and not as an organization that is splintered into multiple parts?

To begin to answer this question, let me first share the definition for diversity my firm uses. It is one laid out by my father, Dr. R. Roosevelt Thomas, Jr.:

This means that any mixture, no matter how different or similar the characteristics of that mixture are, is a picture of of diversity. With this understanding, I agree with Smith: A group of 12 white blue-eyed blonde men is diverse. Is it diverse in terms of “racial representation?” Not likely. But there are numerous ways this hypothetical group of white men could be diverse, such as age, corporate experience, position, tenure, socio-economic status, sexual orientation and level of education, to name a few. However, just because a group may not be “racially diverse” does not exclude it from being a valid picture of diversity.

The 4 Diversity Paradigms in Brief

Realizing the multiple opinions individuals hold about diversity, my father and his colleagues categorized these various perspectives into 4 dominant paradigms or lenses through which individuals may view diversity. Below is a list of those 4 paradigms and a brief description of the emphasis of each.

Paradigm 1: Make Amends for Past Wrongs

This paradigm is focused primarily on diversity as the representation of ethnic and gender groups that historically have been oppressed and underrepresented in the workplace.

This paradigm is based on the assumption that having diversity, when defined as demographic representation, is not sufficient. We must pursue harmony that is required for quality work relationships.

This paradigm defines diversity as demographic representation, but broadens it to include diversity of thought, perspective, approaches to solving problems, life experience, etc. Those who hold this paradigm believe that creating an environment that maximizes the engagement of all members of the organization, regardless of the type of difference they bring to the table, is essential.

This paradigm views diversity as differences and similarities of all kinds. Emphasis is on developing a universal organizational, managerial and individual capability for addressing strategic diversity of any kind.

There is no right or wrong paradigm. And no one paradigm is “better” than the other. All 4 paradigms are equally valid perspectives of diversity, and all are necessary perspectives that must be considered in order to create a diversity management strategy that is holistic and sustainable.

However, while these 4 diversity paradigms exist, US society (and societies around the world) has determined that Paradigms 1 and 2 are the accurate pictures of diversity. A look at our news cycles show this. The majority of diversity stories we hear fall into one of two categories:

If our culture has prioritized Paradigms 1 and 2, it is understandable that our corporations would follow suit.

I wholeheartedly believe that awareness of and engagement in Paradigms 1 and 2 are essential to every diversity management strategy. But to focus primarily on these two paradigms alone and not delve deeper into Paradigms 3 and 4 is imbalanced and not sustainable. We just need look at our diversity “success” in corporate America since Affirmative Action was instituted to see how this approach has played out in the American stage.

Affirmative Action as we know it today was instituted in 1961. The goal of this policy was to ensure that groups who were traditionally excluded from full participation in the workforce, such as African-Americans and women, were given greater opportunities to participate. If this sounds familiar, that’s because it is. The same problem businesses faced in 1961 is the same one they’re facing in 2017 – 56 years later. If we’re still talking about the same issues today, then something isn’t working.

Granted, today we do have a more diverse workforce among these protected categories, but often primarily in the lower ranks of organizations. The Executive and Senior management levels, however, remain largely comprised of homogenous groups of white men. Affirmative Action is a gateway policy because it has opened the door for increased representation of diverse groups, but it does not provide an effective strategy to get the right talent through the doors and into the right positions within the organizations.  But conversations and approaches developed out of Paradigm 3 and Paradigm 4 perspectives can help organizations build upon the work of Affirmative Action and push past this limitation.

How do we start having new conversations? We need to start thinking differently in order to do differently. One of the first steps to thinking differently is to realize that there are multiple and valid ways to view diversity. Organizations that can both build on the strengths of each diversity perspective and address the challenges that those same perspectives bring will build stronger, more productive and innovative teams that bring improved products and services to the marketplace.

We as a nation have looked at diversity largely through the lenses of Paradigms 1 and 2 for long enough. Who will dare to join me in expanding the conversation to include Paradigms 3 and 4 so that we can begin to have holistic conversations about diversity that can move us toward our organizational objectives? 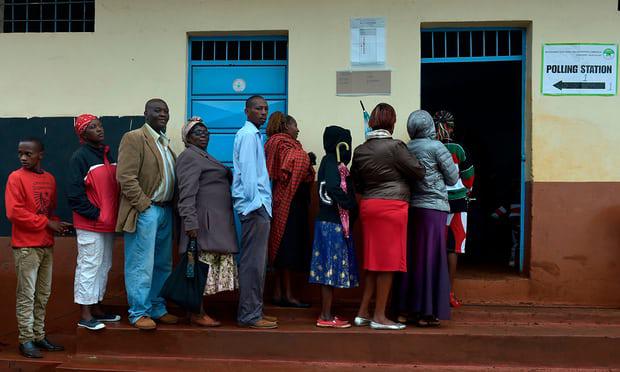 Diversity Abroad and At Home